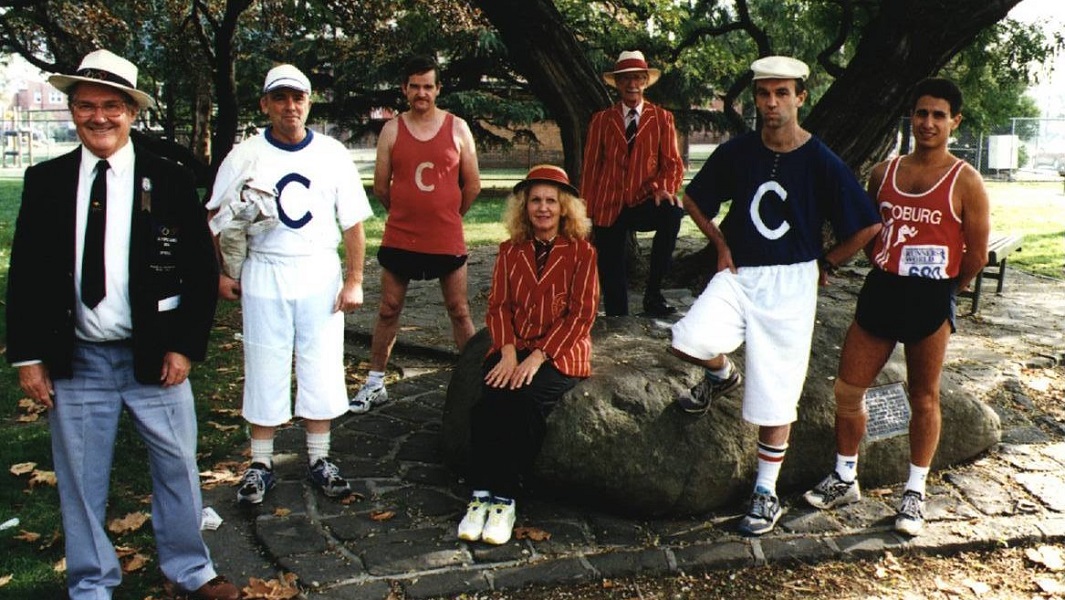 In 2021, the Coburg Harriers are celebrating 125 years as an athletics club.

Not just running, throwing and jumping; but building a community of like-minded people, helping them develop and cultivating an environment where everyone is welcome to join in and achieve their own personal best – whatever that looks like for them.

The Coburg Harriers is one of the oldest athletics clubs in Australia.  The club held a   125th anniversary celebration on Saturday 27th March, 2021 with a family friendly  dinner at the Glenroy Bowls Club.

On the menu was a walk down memory lane with the history of the club, some sparkling speeches and the induction of the latest group of life members as well as an enjoyable evening with club members, special guests and friends and family.

The Coburg Harriers were formed on March 30, 1896 and is the fifth oldest Victorian club with its philosophy best summed up by the Club motto:

NOT THE QUARRY BUT THE CHASE, NOT THE TROPHY BUT THE RACE

Some highlights on the way to 125 years include:

Further details of the Coburg Harriers’ history can be found here.